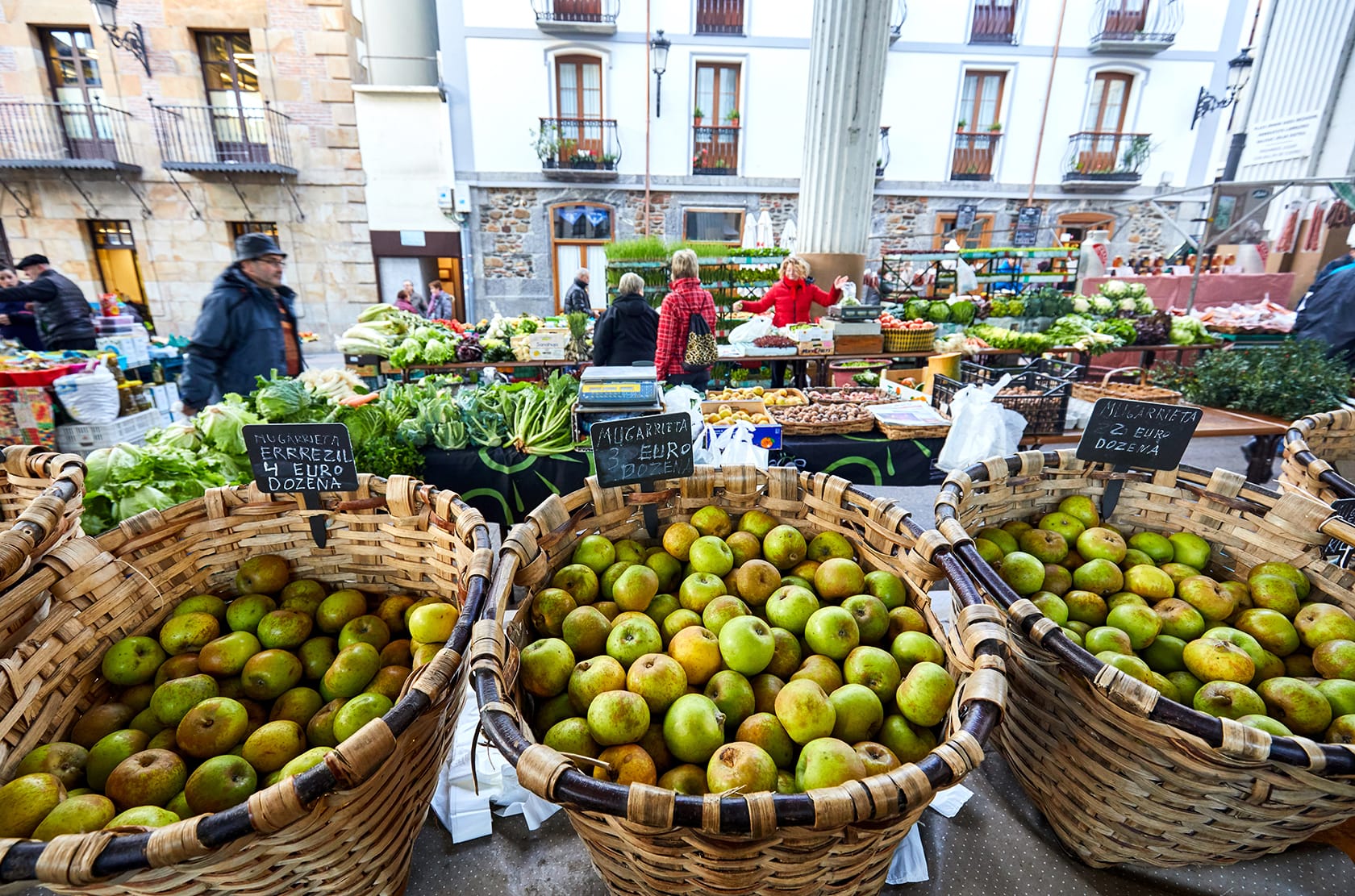 One of the oldest markets in Spain

One of the oldest markets in Spain, the Ordizia farmers market has been held every Wednesday since 1512. It is here that prices are established for fruit and vegetables sold elsewhere in the Basque Country. This market is a reference for farmers throughout the San Sebastian Region and a showcase for local, seasonal produce. Ordizia – the market of markets.