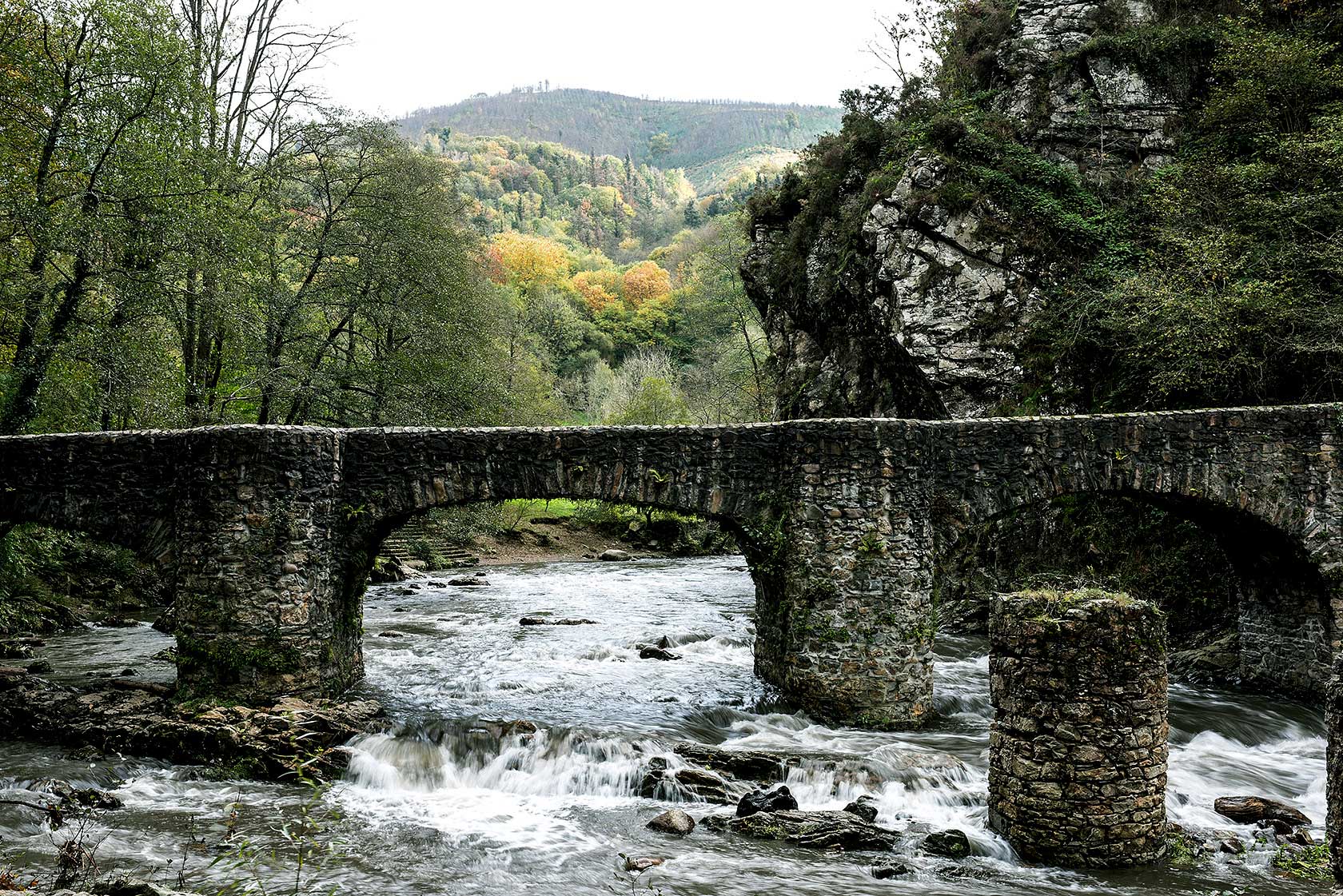 Declared a protected biotope because of the quality of its riverside forest.

The beautiful Leitzaran Valley was declared a protected biotope because of the quality of its riverside forest. Historically, this sparsely inhabited area harnessed the power of the water to run foundries and mills. The early 20th century saw the construction of Plazaola, a mining railway that ran the length of the valley. Today the former railway line is a greenway for the use of walkers and cyclists. Access to the valley is from the town of Andoain. In summer, the valley is very popular among families who come to cool off in the beautiful forest and river setting.