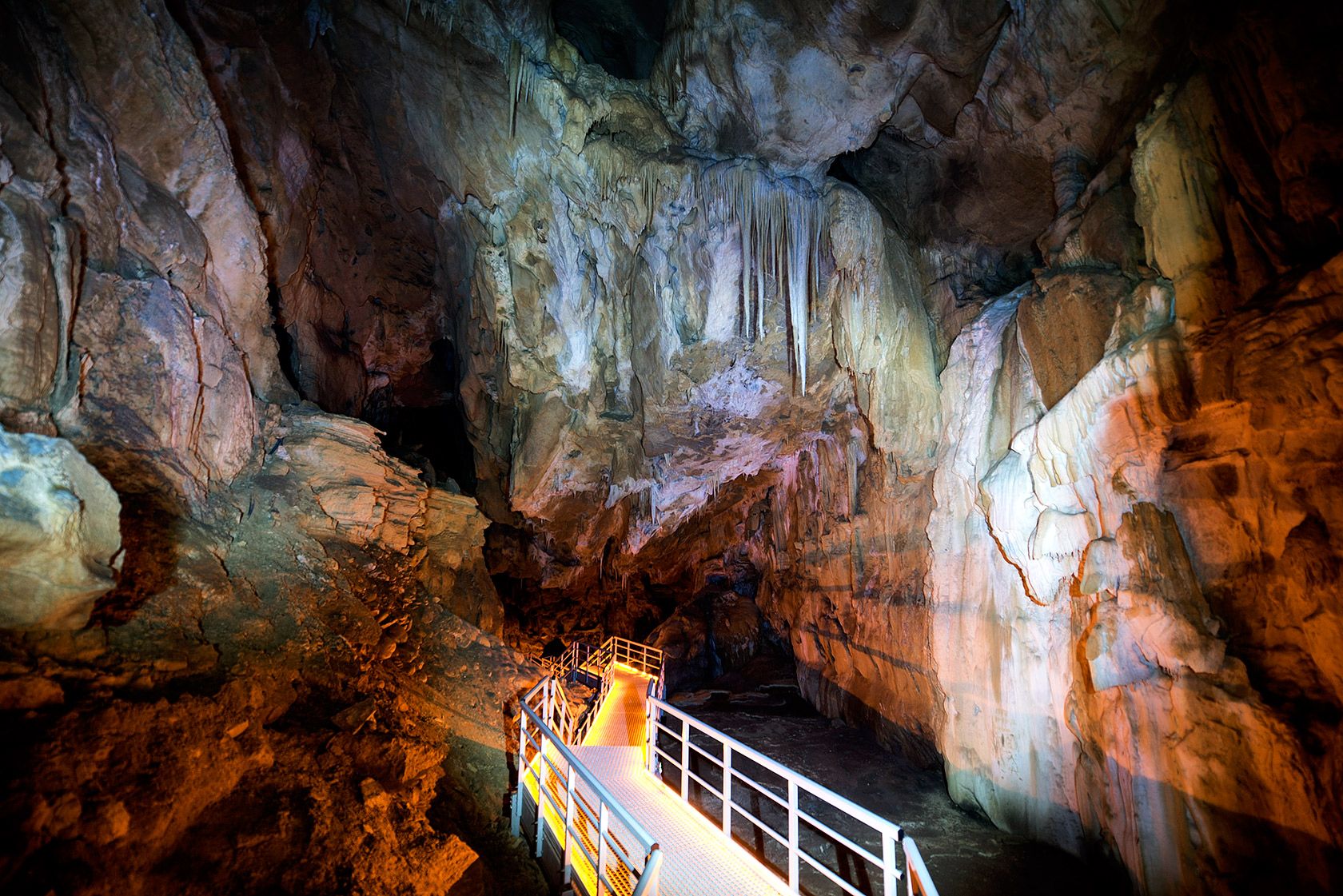 An underground baroque cathedral created by the forces of nature.

Located in Oñati, Arrikrutz is an underground baroque cathedral created by the forces of nature. The cave comprises 15 kilometres of interconnected galleries, 500 metres of which can be visited on a guided tour. Paleontological findings show that the cave was home to wild prehistoric animals, including bears, panthers and lions. The tour takes an hour and a half. Just as memorable as a visit to the caves is the spectacular natural scenery of the surrounding area, in the heart of the Aizkorri Aratz nature park.