So small, so big. With a marked own identity and gastronomy as its banner, Gipuzkoa gathers big charms in a small territory.

With regard to extension, Gipuzkoa is the smallest historic territory in the Basque autonomous Community and in Spain. Located in the Bay of Biscay, in the Atlantic axis, its 2,000 square kilometres has seven rivers as their backbone (Bidasoa, Oiartzun, Urumea, Oria, Urola and Deba), which begin to flow in the nearby mountains.

Donostia-San Sebastián is the capital and one of the essential visits in Gipuzkoa. Since Queen María Cristina fell in love with La Concha Bay and move the Court here during the summer, many people has succumbed to the charms of this beautiful, human and balanced city, combining small mountains, soft beaches, manor buildings, and long promenades on foot or by bike on the edge of the sea. The lively Old Quarter, the incessant cultural life, and the marks left by creators like Eduardo Chillida make Donostia-San Sebastián a place to come back.

Nevertheless, only a fourth part of the people from Gipuzkoa live in the capital. This small but intense territory, considered more as a dispersed big city than as a small province, is divided into comarcas (lands), each with its own character. Moreover, we have more than enough reasons to visit many of its localities. The 86 kilometres of Gipuzkoa's coast alternate the cliffs formed by the erosion, clean beaches, and fishing ports with a great tradition. Zumaia's museums, Getaria's carveries, Zarautz's big beach, or Hondarribia's medieval streets are only some of the stimulating charms of what we know as Gipuzkoa Coast.

The first human evidences in Gipuzkoa go back to the Middle Palaeolithic. The Neanderthal man already lived in the caves of Lezetxiki (Arrasate), Altxerri (Aia) and Ekain (Deba), where he left impressive paintings. 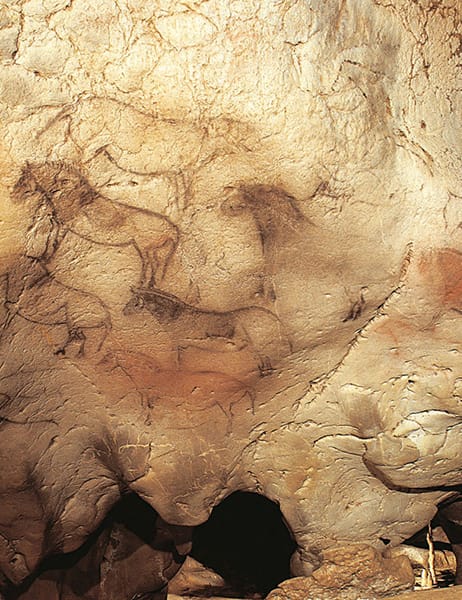 During the Neolithic and the Bronze Age, the population increased and it would be right to say that they spoke in Basque. There are preserved more than a hundred and fifty funeral monuments from this time (dolmens, tumulus, and megalithic chambers). 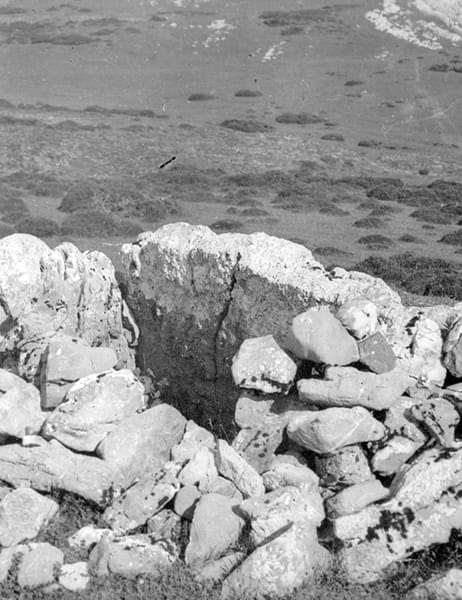 Gipuzkoa, inhabited by the Varduli, kept out of the Romanisation, although there are evidences of the Roman presence in Oiartzun (Arditurri Mines), Irun (Hermitage of Santa Elena), and Hondarribia (Asturiaga Anchorage). 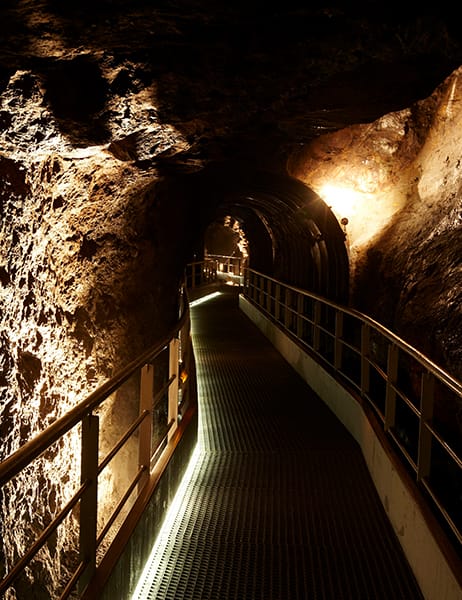 The first written document that alludes to Gipuzkoa places it as a land of Pamplona, under the manor of García Azenariz. 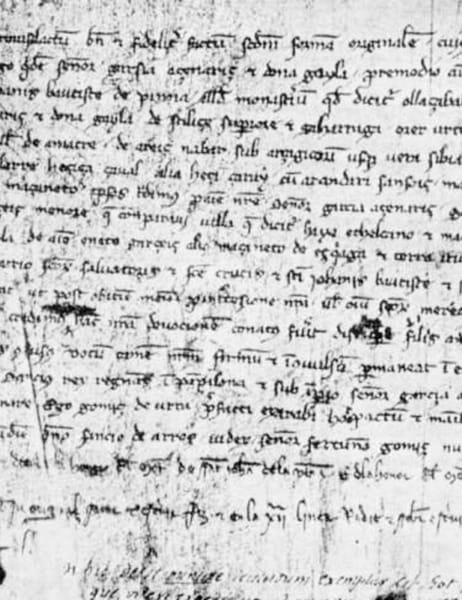 Alfonso VIII of Castile, with the collaboration of Don Diego López de Haro, Lord of Bizkaia, definitely joins Gipuzkoa's territory to the Kingdom of Castile. This is the time of the foundation of many villas. 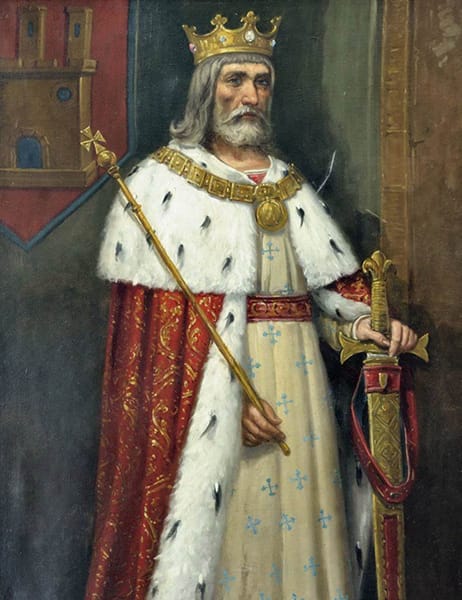 The Gipuzkoa Brotherhood was created in the Church of San Salvador of Getaria. This alliance of villas and valleys would become the source of the present historic territory of Gipuzkoa. The members of that brotherhood gathered in the Assemblies. 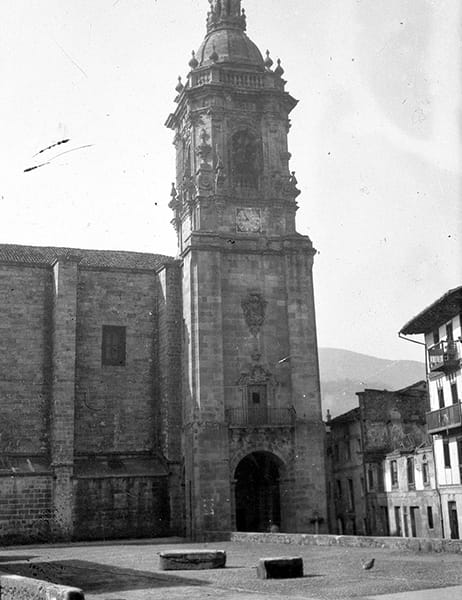 Iñigo is born In Azpeitia, in the tower-house of the Loiola family. He would become San Ignacio de Loiola, founder of the Society of Jesus. The Sanctuary of Loiola was built as a tribute after his death. 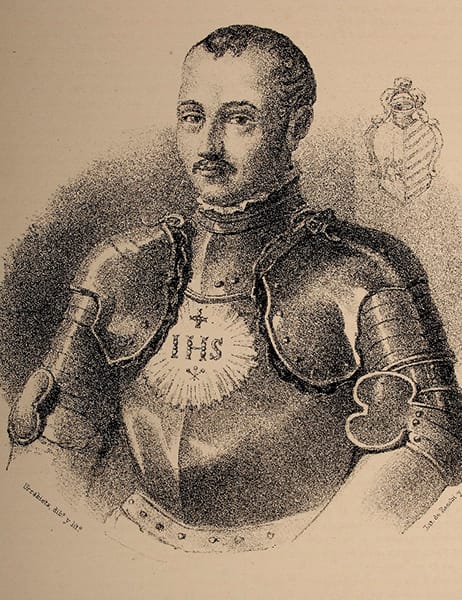 The nao Victoria arrives at Sanlúcar de Barrameda, after three years of voyage, captained by Juan Sebastián Elkano, a seaman born in Getaria. It was the first ship in going round the world. 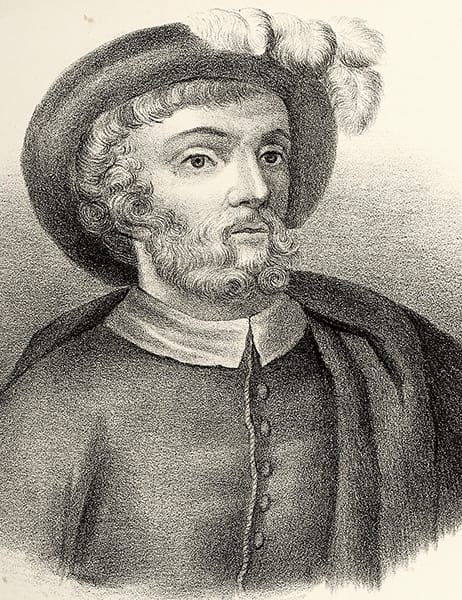 Gipuzkoa's Provincial Council starts to become uniform when the General Assemblies that met in Tolosa begin to appoint delegates regularly. 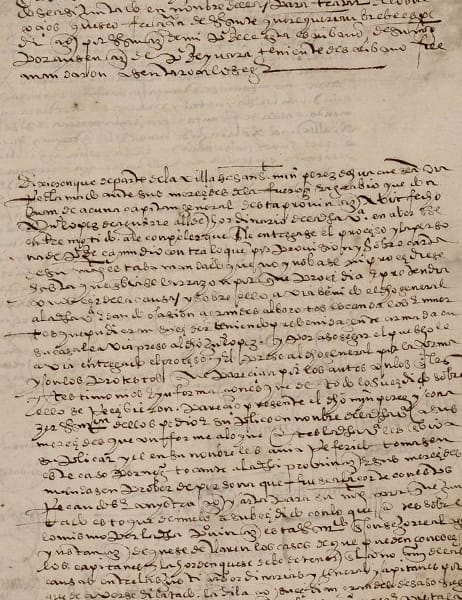 The Count of Peñaflorida and his 'caballeritos de Azkoitia' (Azkoitia small knights) founded the Royal Society of Friends of the Basque Country, an enlightened institution with the goal of promoting the scientific and cultural progress. 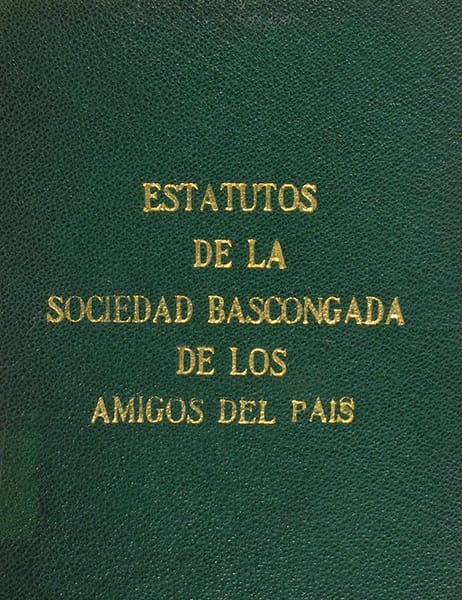 The Anglo-Portuguese troops, which seem to go to Donostia-San Sebastián's aid when the French occupied it, sacked and fired the entire city, leaving only one street upright. 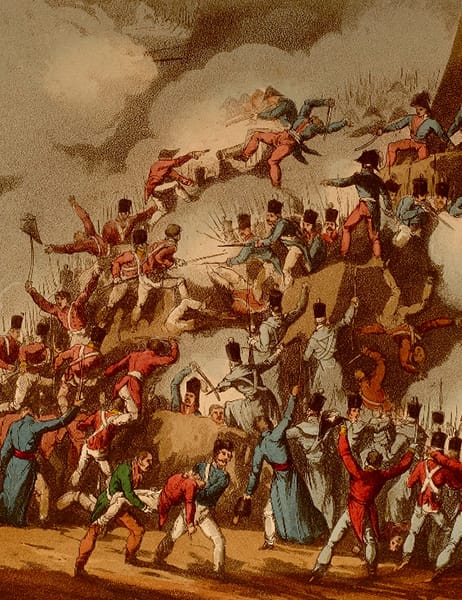 The First Carlist War ends with 'the embrace of Bergara', an agreement between the generals Espartero and Maroto, that, although confirming the fueros (their own laws), would mark the beginning of the end of the foral regime, which provided Gipuzkoa with economic and administrative autonomy. 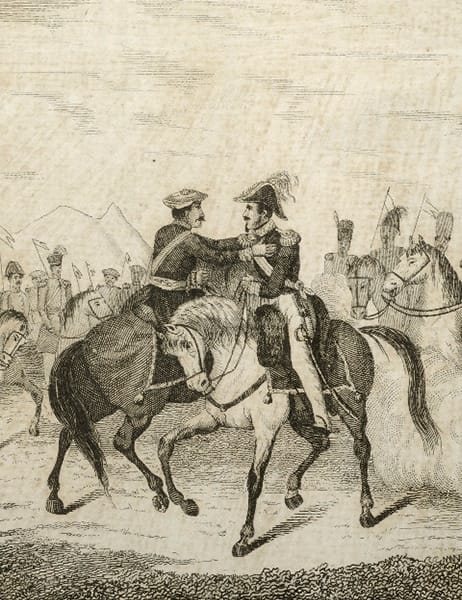 Tolosa possesses the capital status of Gipuzkoa. Nevertheless, the fights between the people from Tolosa and those from Donostia will decide a decade later, when Donostia-San Sebastián became the final capital of the territory. In 1845, Queen Isabel II chose it as her summer destiny. 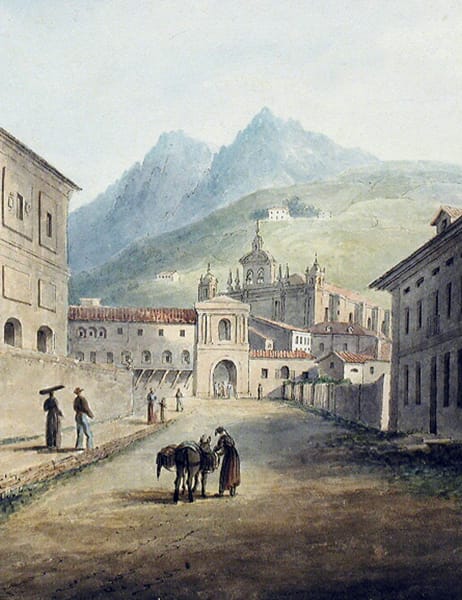 Donostia-San Sebastián's walls are knocked down, what allows the city's expansion by means of the enlargement Antonio Cortázar designed. The creation of the Boulevard that separated the Old Quarter and the new area causes a heated controversy among the citizens. 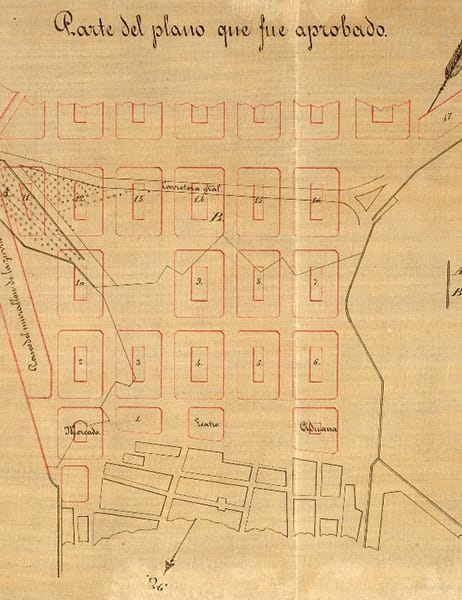 The Grand Casino (the present building of the Town Council) is opened, meeting point of the European aristocracy during the Belle Époque'. The regent queen María Cristina orders the building of the Miramar Palace. 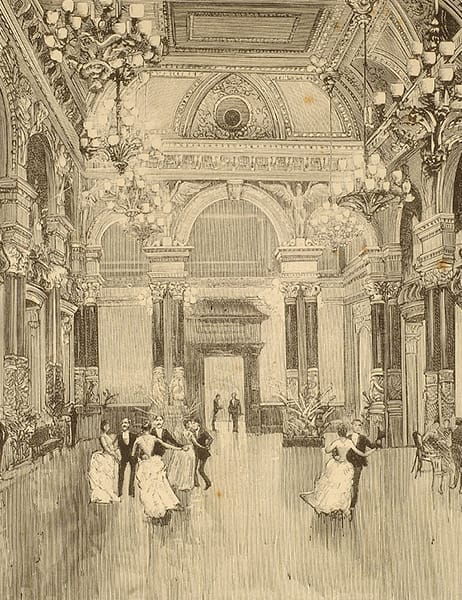 The Civil War breaks out, and Franco's supporters win in Gipuzkoa a year later. Eibar and Irun will be the areas that the struggle most affected. The economic agreement, the last resort o the foral regime, is abolished. 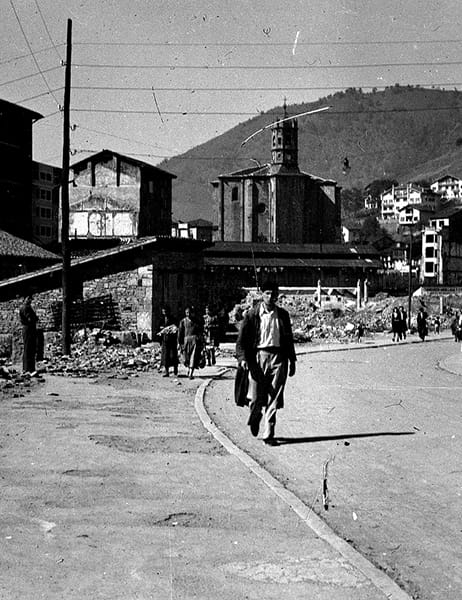 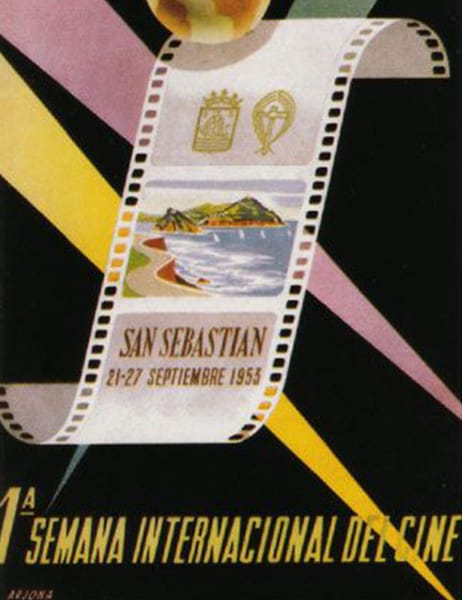 In Arrasate, José María Arizmendiarrieta blesses the first stone of the Ulgor Cooperative (the present Fagor). It will be the start of the wide cooperative movement of participative economy. 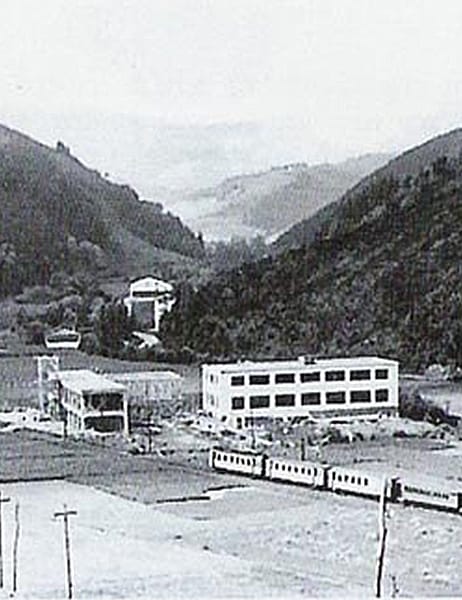 The new Basilica of Arantzazu building works begin based on an architectural project by Sáenz de Oiza and Laorga. Some of the most outstanding contemporary artists from Gipuzkoa will contribute with their creativity. 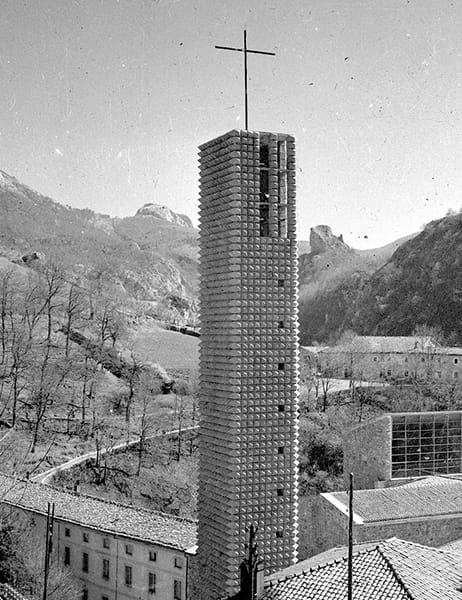 After the back of democracy y with Xabier Aizarna as the first president, Gipuzkoa's General Assemblies are restored as a regulatory institution of the historic territory and a means of control and boost of Gipuzkoa's Provincial Council. 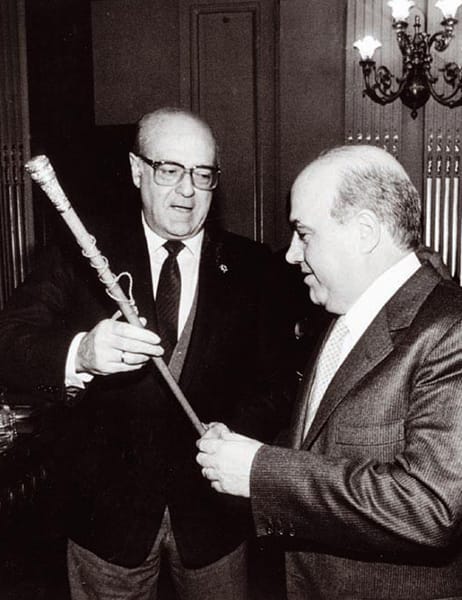 A destination for all kind of tourists

From the blue to the intense green of the inland. Mountain lovers or those keen on a calm hiking have endless routes among farmhouses, hermitages, and middle summits. The natural parks of Aizkorri and Aralar or the Leizaran protected biotope are recommendable places inside the Green Gipuzkoa. There we will find the charm of its small villages, the historic interest of places like Tolosa, Oñati, Bergara, Segura or Ordizia as well as that essential Three Churches Route, which connects the milestones of this Ignatius land: the Basilica of Loiola, the Hermitage of La Antigua and the Sanctuary of Arantzazu.

Gipuzkoa is a territory with tourist tradition; however, it is not a mass tourism, but the tourism that knows how to share with the visitors the same pleasures that delight the people from Gipuzkoa. Above all, gastronomy, in all its shapes. A high quality of life, reflected from the shops to the thermal premises. An intense cultural life, shown in spectacular festivals, but also in about forty interesting museums. The respect for Basque traditions, as well as for the Basque language, which is spoken by a high percentage of the population. And, finally, a catching will of living. 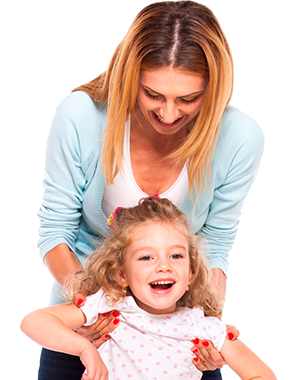 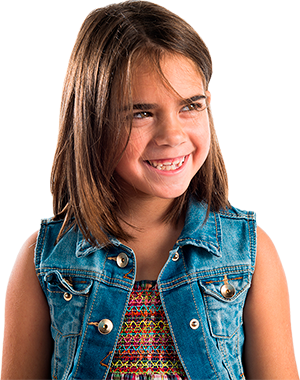 4.4% work in the primary sector 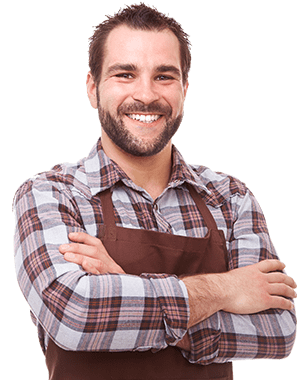 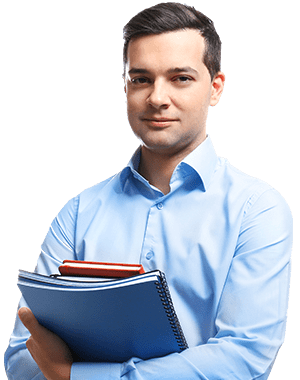 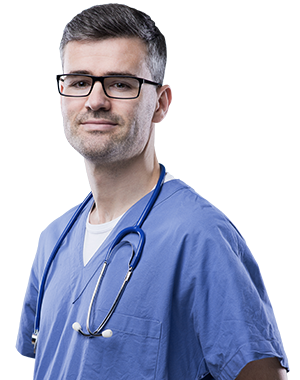 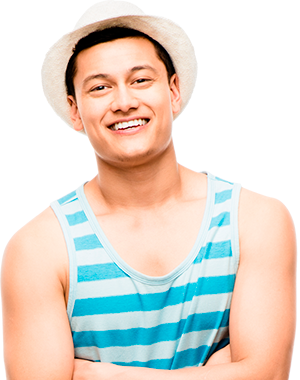 A territory full of traditions

In the Donostia's Old Town, as well as in many other towns around Gipuzkoa, visitors will find all sorts of shops selling typical Basque handicrafts that will give their souvenirs that authentic touch. Pottery bowls, such as the 'pedarra' or Basque pitcher, baskets woven of chestnut or willow wickerwork, ceramic figurines or woodcarvings offer endless possibilities. The traditional rural Basque costumes such the "txapela" or beret, or the "abarkas" (leather shoes) are also unusual and interesting.

In Eibar we can find damascene work, or the traditional gold engraving. Towns such as Tolosa, Azpeitia, Beasain or Bergara have their own more modest but tasty specialties, their own typical sweets.

One can meet and see the artisans themselves at work, at the various fairs and marketplaces all yearlong. They are the ones that keep this kind of handiwork alive by using traditional techniques. The "Feria de Artesanía del País Vasco" (Basque Country Crafts Fair), held in Errenteria in late April or early May, is one of the most attractive.

Association of artisans of Gipuzkoa

Among the interesting traditional objects made by artisans in Gipuzkoa are:

Argizaiola
These carved wooden tablets, some with anthropomorphic shapes, with a long candle wrapped around them, were used to take fire from the hearth to the dead.
Kaiku
This lovely wooden pitcher, used by Basque shepherds since ancient times, is used for decoration today.
Kutxa
A large chest made of carved wood. Today one can also find small-scale versions.
Yuke
This is another rural cultural element, a wooden piece to yoke a pair of oxen. Today it has also become a decorative element.
Makila
A cane symbolising authority, made of carved wood with a steel point.