A new edition of the Clásica San Sebastián will once again tour the roads of the historic territory of Gipuzkoa. This cycling event that annually brings together thousands of people who are fond of cycling on the side of the roads is part of the UCI ProTour and has a 225k route.

The best cyclists in the world squad and those who have stood out the most in the Tour de France will be at the starting line around noon. Cyclists cover almost the entire province of Gipuzkoa starting from the capital, ascending ports such as Udana, Azkarate or Meagas.

The hardest climb, Jaizkibel, of the first category, is 30 kilometers from the finish line, so it is decisive in determining the winner of the test.

The end of the Classic will take place around half past five in the afternoon on the San Sebastián Boulevard. 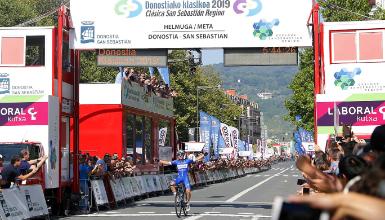