For a couple of days Tolosa will be paying tribute to one of its most characteristic pieces of produce: the bean. Without a doubt, the Gipuzkoan locality will, once again, become a meeting point for lovers of this legume.

Thus, on 15th November the Tolosa Bean Producer Contest will be held in the Plaza del Triángulo. Visitors will be able to purchase a multitude of produce connected in some manner to the bean (chilli peppers, black pudding or wine, to name but a few).

Furthermore, the Tolosa Bean Cuisine Competition, will take place in the Tinglado Market on 16th, with a prize being awarded to the chefs who best cook the winning bean from the producers competition, and which will be followed by a bean-based dinner for all those gathered. 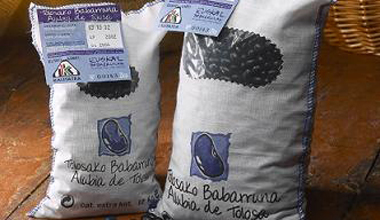