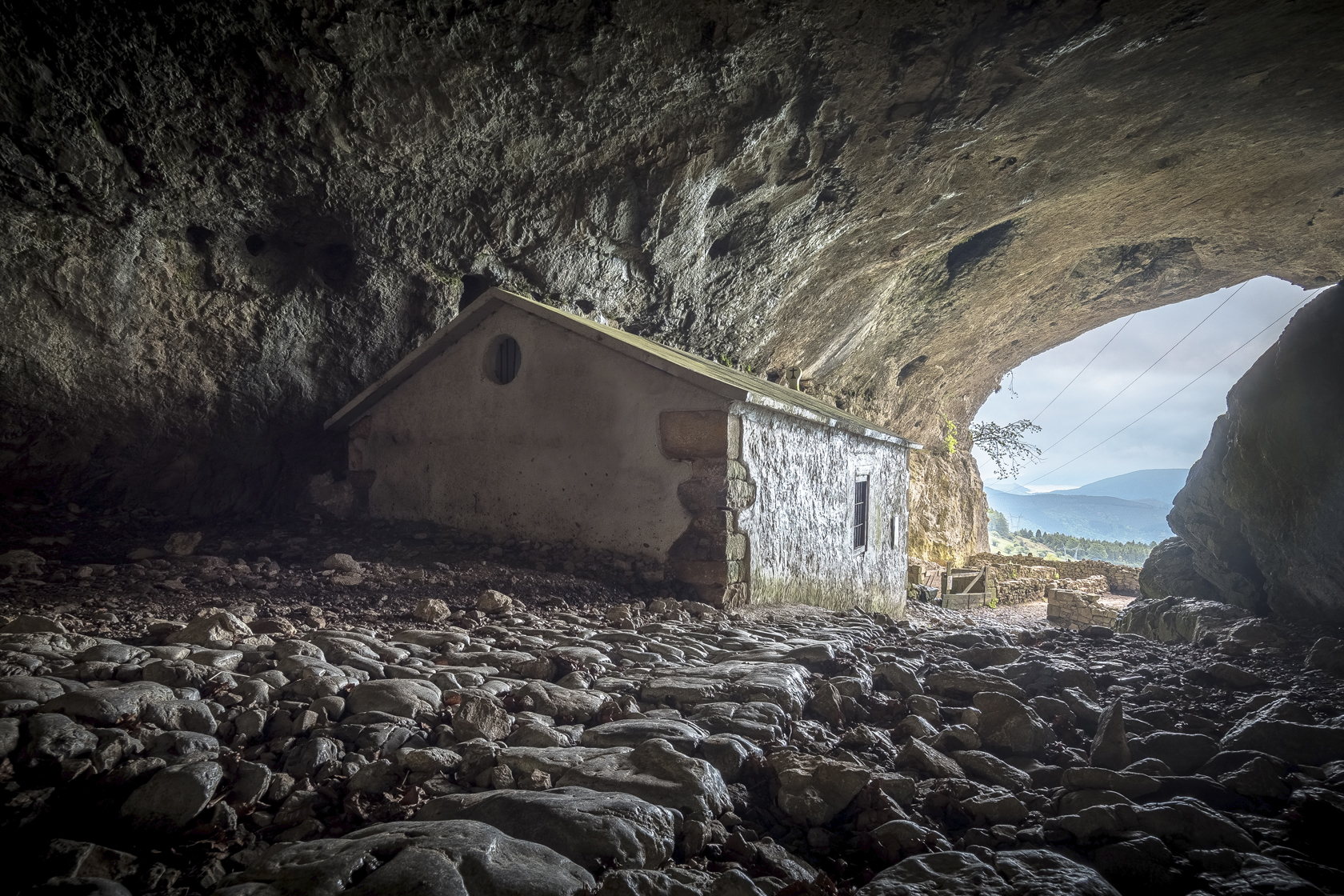 In ancient times, this mythical site was believed to be the entrance to the underworld. As well as funerary remains, evidence has been found of prehistoric occupation.

From the Bronze Age to the Middle Ages, the path leading up to the mountain range passed through San Adrián. When Gipuzkoa and Araba came under the crown of Castile, San Adrián was a necessary waystation on the road linking the inland meseta to the sea and to the rest of Europe. A castle formerly stood on the site to guard the border with Navarre. It was the scene of many skirmishes and the area was frequented by criminals. These days, it attracts mountaineers and tourists, eager to see one of the most spectacular natural treasures in Gipuzkoa. The fort was abandoned when Navarre was annexed by Castile in 1515. The stone road you can see today may look Roman, but it was actually built in the Middle Ages, when it was a “Royal Post Road”.