All the sights you mustn’t miss in San Sebastian 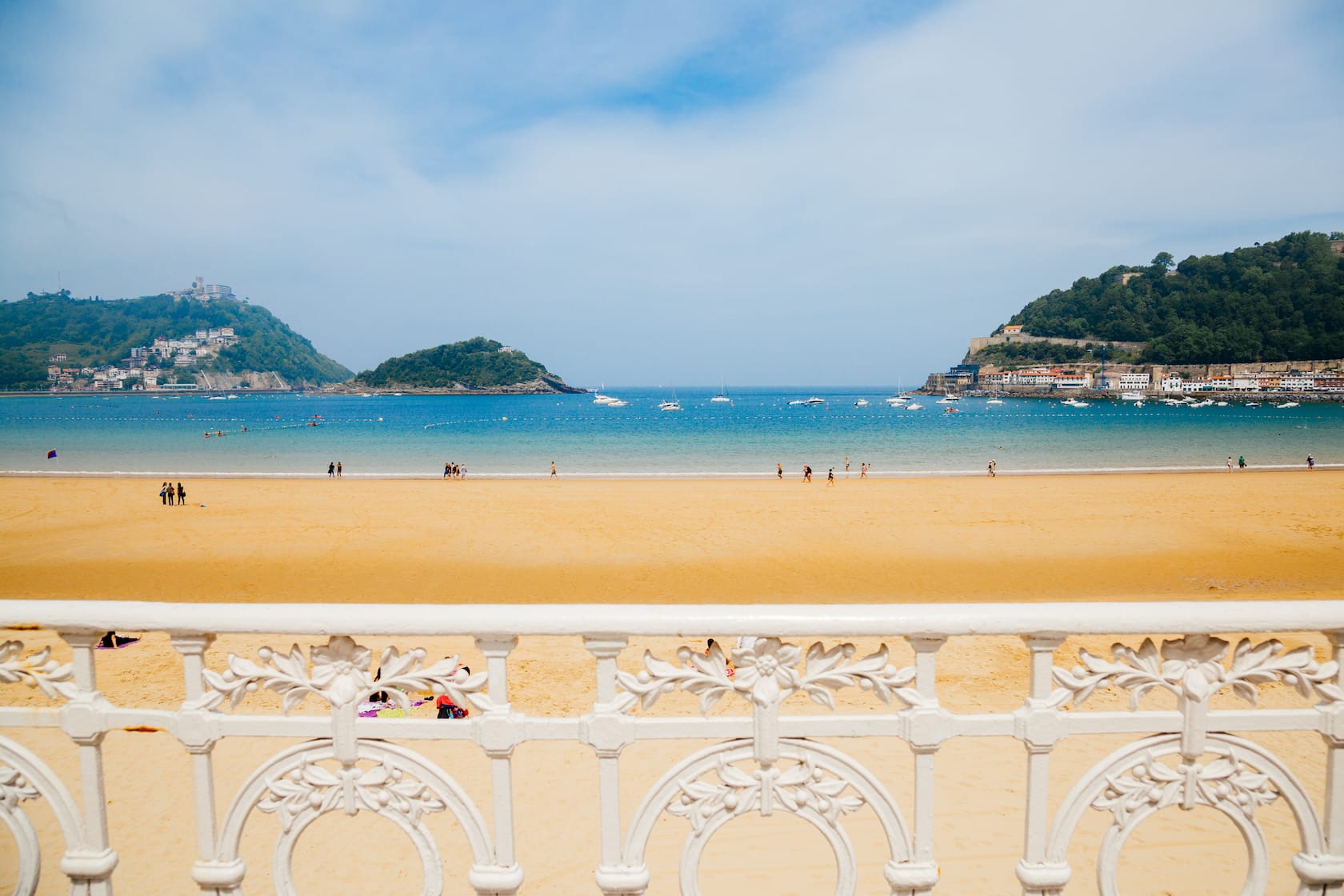 All the sights you mustn’t miss in San Sebastian

San Sebastian is a small city but there are plenty of hidden corners you shouldn’t miss. To make it easier for you, we’ve drawn up a series of trails to enable you to stroll through the streets and get to know the essence of Donostia-San Sebastian.

Friday City walls, cannons and forts guard the most valuable of all Donostia-San Sebastian’s treasures: its pintxos.

In the morning, take a walk up Mount Urgull in the very heart of the city to the one place in Donostia/San Sebastian where you can see all three beaches. And along the way you can see the remains of the city wall and the cannons, testimony to the city’s military past. To complete the historical trail, visit the La Mota Castle, the “History House” and the English Cemetery.

At midday, head back down to the harbour and stroll through the streets of the Old Quarter, enjoying its famous pintxos, miniature culinary delights, and markets such as the Mercado de la Bretxa.

Take a look at the Plaza de la Constitution, in the heart of the Old Quarter and see if you can work out why all the balconies are numbered.

After lunch, what could be better than a coffee on one of the terraces in the Plaza Zuloaga. Here you can visit the San Telmo museum, which conserves some fascinating items of Basque culture. In the afternoon, take a walk through the Romántica area towards the La Concha beach with its iconic railings and enjoy an unforgettable sunset. And to finish off the day, find a restaurant with sea views to have dinner in. In a city with three beaches, it should be easy! 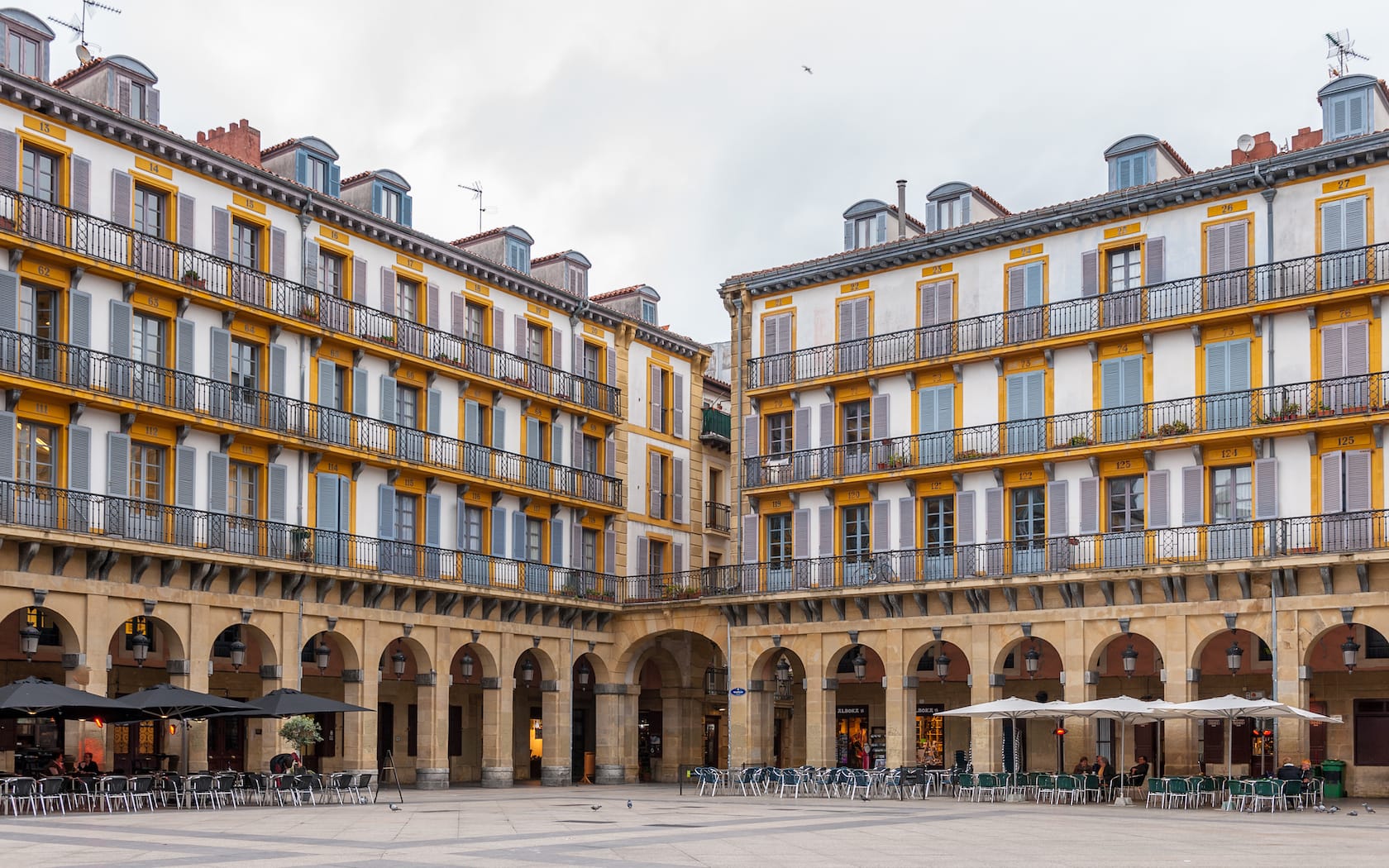 One great way of starting the day is to take the funicular railway (which has been running for over 100 years) up Mount Igeldo where you can enjoy the best views of the city. And when you come down again, don’t miss one of the icons of Donostia/San Sebastian: the “Wind Comb” by internationally renowned local artist Eduardo Chillida, a beautiful example of dialogue between art and landscape. When the sea is rough, discover the effect of the waves in this magical spot!

Strolling through the gardens and along the beach at Ondarreta, we come to the Miramar Palace, former summer residence of the Spanish royal family, surrounded by gardens where you can take a relaxing walk or just rest from all the hustle and bustle outside.

Or you can mix with the locals on Calle Matía in the El Antiguo district and enjoy some delicious pintxos or a set menu. And to work off your meal, how about a pleasant walk along the La Concha beach as far as the Aquarium. The building, nearly a century old, was recently remodelled and it is now one of the most modern oceanographic museums in Europe. It also has information on the fascinating history of the former Basque whaling industry.

Following the coast, we come to the Empty Construction, a sculpture by Jorge Oteiza, at the start of the Paseo Nuevo which leads to the popular district of Gros with its terraces, shops and charming little bars. Our walk ends on the third beach, La Zurriola, with another sculpture: Peace Dove by Nestor Basterretxea. Don’t miss the sunset from the wall at Sagües surrounded by surfers and young skateboarders!

And for dinner, return to Gros, the most dynamic and Bohemian district in the city and enjoy one of its many charming little restaurants.

If you want to see more of the city’s architectural treasures, our route begins at the sea and follows the course of the River Urumea and its magnificent bridges. From the first, the Zurriola Bridge, you can see the modern cubes of the Kursaal building, designed by Moneo (and meant to resemble two rocks stranded on the sand) on one side and the magnificent Belle Epoque ensemble on the other, consisting of the Victoria Eugenia Theatre and the five-star Maria Cristina Hotel.

We cross the second bridge, Santa Catalina, to come to ‘La Equitiativa’, an example of the expressionist variation on rationalist architecture, which welcomes us to the Gros district on our left. Following the pleasant Paseo de Francia with its splendid palacetes we come to the Maria Cristina Bridge and Tabakalera, a former tobacco factory which is now a centre for contemporary culture.

After a visit to one of the exhibitions (entry is free) or enjoying the views from the terrace, we recommend a stroll through the 94,960 square metres of the Cristina Enea Park amidst swans and peacocks.

Crossing the Maria Cristina Bridge in the centre of the city, we come to Plaza Bilbao, the Koldo Mitxelena Library and the ogival-style Cathedral of the Buen Pastor (Good Shepherd), surrounded by numerous terraces where you can stop and get something to eat.

The area around the San Martín Market is perfect if you want to browse its ultra-sophisticated stores, alternative shops and boutiques of major brands.

Our trail ends in the Náutico: a rationalist building resembling a ship moored at the pier. The jetty, protruding gently into the sea, affords one of the best views of the sunset anywhere in Donostia/San Sebastian

And to round off the day in style, why not make a booking at one of the Michelin-starred restaurants or a traditional eating place in the Old Quarter. 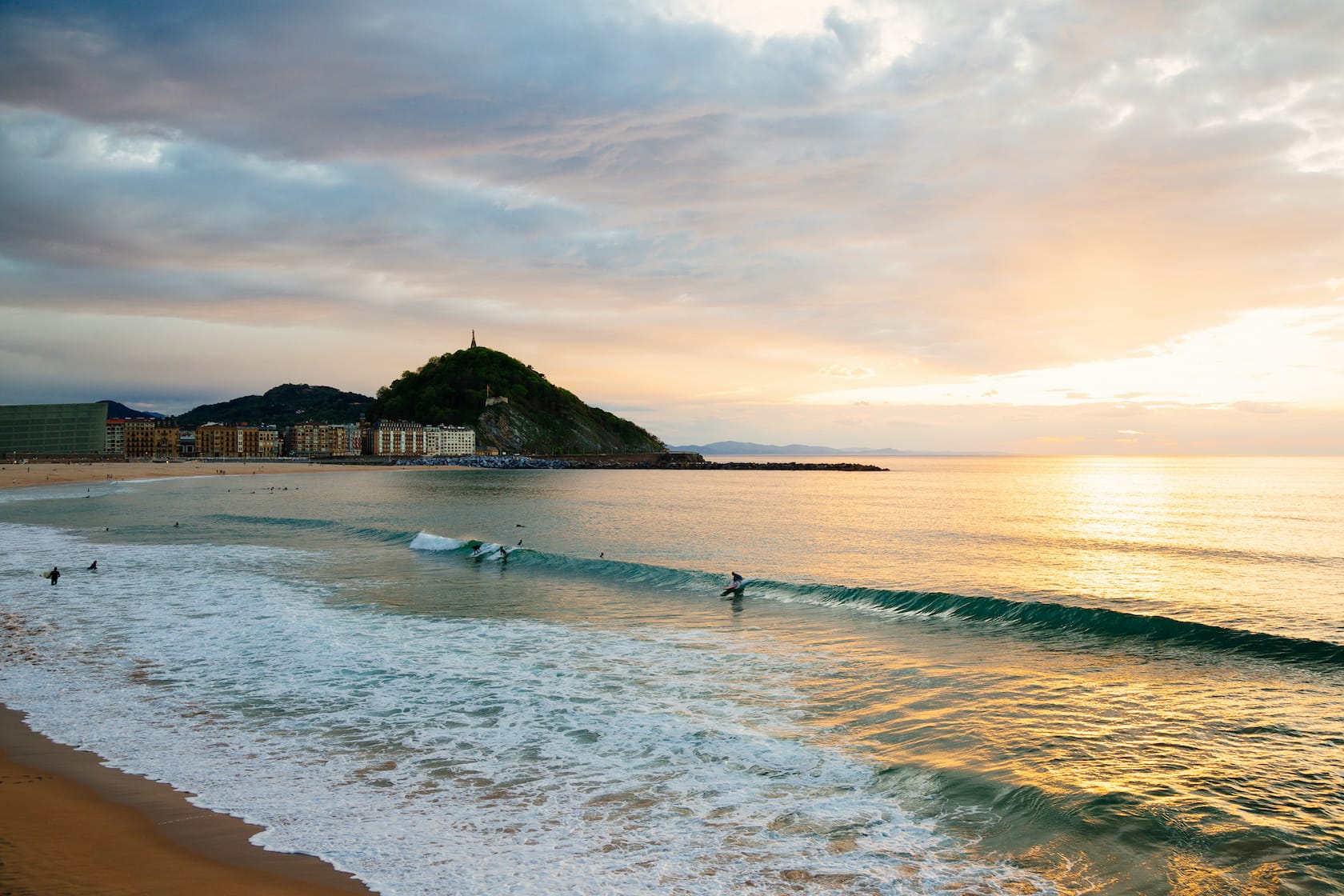