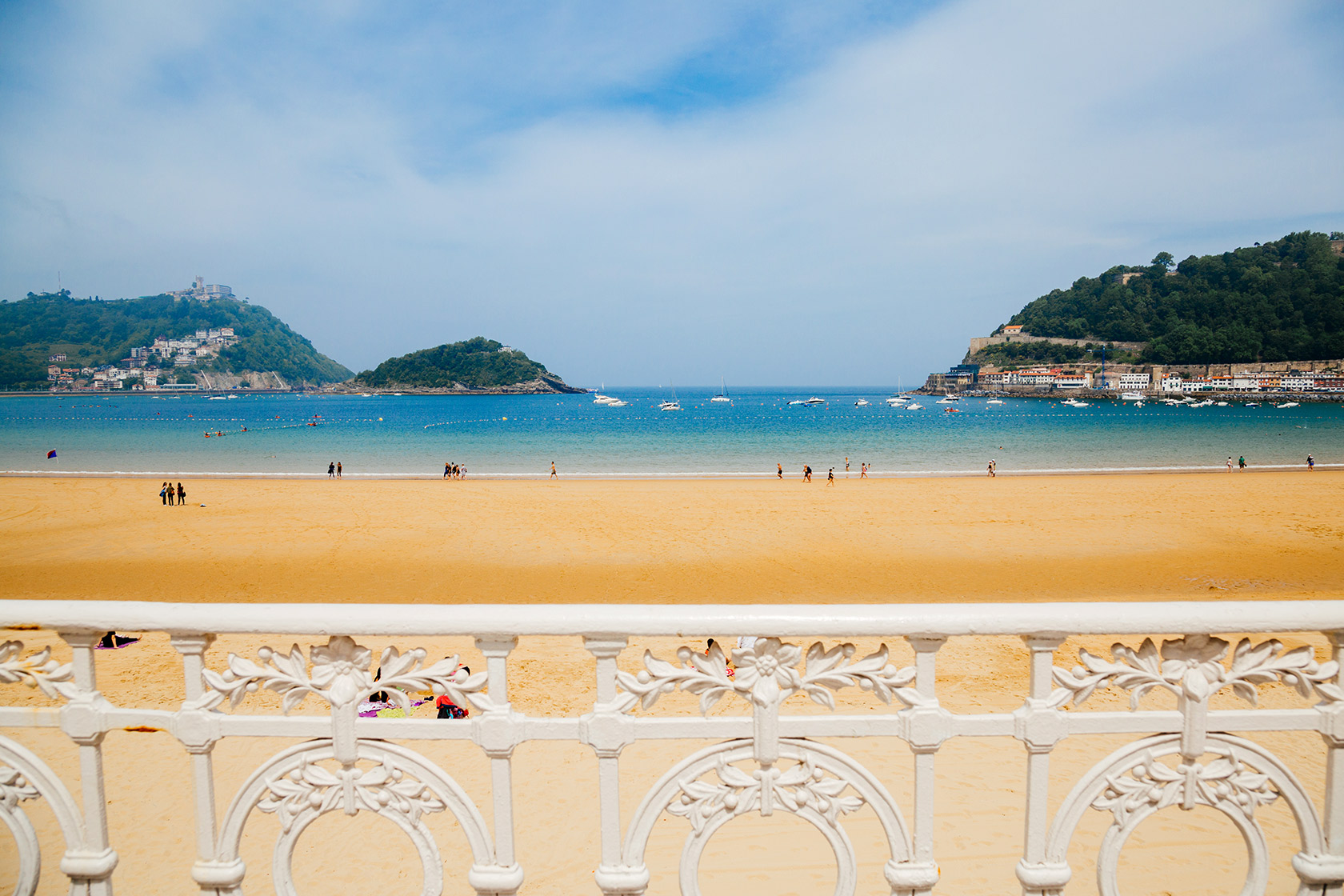 La Concha Bay is one of the city's most recognizable landmarks.

La Concha Bay is one of the city's most recognizable landmarks. The Bay has two beaches, La Concha (rated one of the best urban beaches in Europe) and Ondarreta. A walk along the bay from the town hall to the Comb of the Wind sculpture is one of the most beautiful city walks there is. Pay attention to the unmistakable city icons such as the white railing along the promenade and the lamp posts, which have now become a symbol for the International Film Festival. Another important feature is Santa Clara Island right in the middle of the bay. The island has a small beach that can be accessed by boat from the old port.